The Tourist –Executive complex (TEC) “Azovye” was built up by the forces of Azovmash employees in Sopino, the seaside settlement of Novoazovskiy district in 1989. The favorable location of the holiday hotel near the sea and 10km away from the city as well as the warm and shallow sea itself attract plenty of Mariupol habitants and guests of the city. Annually the TEC “Azovye” as the recreation center of the enterprise welcomes from 2,500 to 3000 thousand employees and veterans of Azovmash as well as the members of their families.

Each summer friendly and trained personnel headed by Onishchenko Igor Andreyevich, the Director meet the vacationers. The twin and triple rooms of the economy class located in the summer building and rooms of higher comfort furnished with all the things needed located in the main building are available for vacationers here.

To ensure the on-schedule opening, normal operation and activity of the TEC “Azovye” as well as to solve the tasks on the social protection of the enterprise employees the repair and start-up operations were performed according to the coordinated decision №501-13 “About organization of joint operation of the TEC “Azovye” in summer recreational season in 2013” dated 04.06.13 made by the enterprise’s administration and the trade union committee.

The buildings №№1,2,3,4,5, open air cinema, and canteen were repaired and putting into operation by using the labour of the workers and employees from the enterprises of car building, lifting and conveying machinery department, PJSC “Azovobschemash”,  the Science and Technology Complex of PrJSC “Azovelektrostal”, the repair and construction department.

The workers of the TEC “Azovye” repaired the electric water heaters as well as the electric stoves. The dishwashing machine and steam convection oven were started up. The subdivisions of the repair and construction department and the chief power engineer service performed a big scope of works in the canteen to prepare it for the recreational period of 2013. Therefore, there were no failures for the technical reasons in the operation of the canteen.

All subdivisions of the enterprise took an active part in the gentrification of the designated territory of the TEC “Azovye”. It should be noted especially the activities of the car building enterprise, lifting and conveying machinery department, the Azovobschemash shops whose workers cleaned the coastland  in the area between the trees and bushes from grass and waste, and placed the benches. These subdivisions alongside with the Science and Technology Complex of PrJSC “Azovelectrostal” cut the grass all over the territory of the vacation hotel.

The medicinal products in the amount of 2500 UAH were purchased for “Azovye” for the summer period. This permitted to provide immediate medical assistance or consultation for the vacationers.

The lifeboat station of the TEC “Azovye” was also staffed and furnished with life jackets and boat to perform the supervision over the bathers and to keep them within eyeshot.

Taking into account the wishes of the vacationers from the previous season the distribution of the print publications and associated goods for the vacationers of all ages was organized at the territory of the complex. Daily from June the feature and children’s films were shown by the Novoazovskiy film distributor.  During each session the Palace of Culture “Iskra” organized the on-site concerts with participation of the different on-stage performance groups.

It is necessary to put a greater emphasis on the children’s playground. This year it was repaired by the forces of “Azovobschemash”.  The newly repaired swings were very popular with the little vacationers. It would be good to increase the number of swings on the playground in the next season.

It is worth to be noted that in this season the sports activities and the cultural work among the masses was organized during each session.  The acquaintance parties, the Neptune’s holidays, the different contests and quizzes were held regularly. The children drew, molded, did quilling, bead weaving in the children’s crafts room. The vacationers took part in the competitions in volleyball, basketball and table tennis. All the events conducted in each session were reported in our newspaper “Life in the TEC “Azovye”.

Next year it is necessary to take measures directed for the improvement of the living conditions of the vacationers for the effective operation of the TEC “Azovye”. Our tasks are as follows: complete overhaul for building 1 and 3, as well as procurement of the furniture, bed clothing, mattresses and blankets, and trees planting.

In connection with shortages and irregularities in the water supply performed by the municipal water services company in the summer period we would like to construct our own water well at the territory of the TEC “Azovye” not to be dependant from the centralized water supply.

It should be mentioned the special assistance of the trade union committee in the persons of Glinin Sergey Pavlovich, Yudina Tatiyana Ivanovna, Chuyashenko Leonid Ivanovich, Dorofeyev Vasiliy  Ivanovich rendered for preparation of the recreation centre for the summer season and its operation in this period.

TEC “Azovye” is in operation not only in the summer time.  In other seasons of a year the Complex is used to host the different events of the organization and the enterprise. 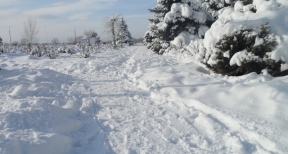 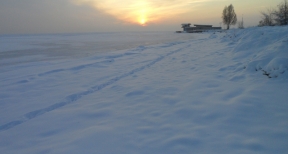