New period in history of the organization started in 2007, when after efforts to attract into organization of peacekeeping soldiers “Tovarishch”, report-and-election conference took place and Vladimir Protsenko was elected on position of chairmen, Yuriy Oksuzov became deputy chairmen. Over these years “Tovarishch” became one of the best organizations of the Association of Afghan war veterans of Priazov’e (peacekeeping soldiers).

Aleksandr Vlasov, chairman of the organization, headed the Association of Afghan war veterans of Priazov’e. Aleksandr Vlasov and Vladimir Protsenko were elected on positions of City Council deputies from Party of Regions on majority constituency.

V.A. Protsenko succeeded in promotion of organisation activity. He says, “We support with money within our limits parents of men who fell in Afghan war, their widows, we seek employment to their children and help them to educate. Our purpose is to pick up the baton from veterans of the Great Patriotic War and conduct patriotic education of rising generation. Therefore we often meet with schoolchildren and supported revival in the city war and patriotic game Zarnitsa. Opening of memorial plates, work with children and supporting of relatives became traditions.”

The organisation includes a lot of active soldiers. They are Yuriy Oksuzov, Vladimir Zhuravlev and others. The organization actively cooperates with colleagues from organizations of Afghan war veterans from Ilyich Iron and Steel Works, Azovstal, Mariupol port and border detachment.

The fallen in Afghan war memorializes in museums of city and enterprises, as well as in 16 comprehensive schools. It means that we did not forget, it means that we remember. A great contribution in this was made by “Tovarishch”.

At present the organisation includes 95 members.

At “Tovarishch” reporting back meeting on August 16th in Palace of Culture “Iskra” Vladimir Protsenko reported about balance of the work from July, 2012 to June 2013. At this meeting “Tovarishch” members with a great gratitude remember Aleksandr Savchuk and his inestimable support of organisations of peacekeeping soldiers in Mariupol and Azovmash.

Vladimir Protsenko noted eventfulness of last year. Thus, on May 17th in Kiev 17 employees of Azovmash took part in action “To Europe without fascism”, on May 9th members celebrated Victory Day and gave lesson of courage in schools. They purchased stand-memorial “To fellow-citizens peacekeeping soldiers fallen in Afghanistan war”. The same stand was presented to boarding school No. 2 and its museum. Zarnitsa, mass game among clubs for children and young people, was held by memorial sign “Tank”. “Tovarishch” members gave lesson of courage in children recreation centre “Kosmos” with demonstration of sleights of hand-to-hand fighting.

During reported period Azovmash management and trade-union committee significantly supported “Tovarishch” to the amount of 26 000 UAH. On these means the organisation organized trips to Konkovo village and Svyatogorsk Lavra, purchased sports goods for boarding school No. 2, clubs for children and young people and comprehensive school No.52. In spring 2013 “Tovarishch” with schoolchildren of comprehensive school No.52 held community work day and set trees at alley of first graders in the 17th micro-district along stadium of school No.52 and kindergartens No. 108 and 120. This work will be continued.

With constant concern the organisation carries on its activity with parents and widows of those who fell in Afghanistan war and disable people. A lot of parents and disable people received valuable presents, such as TV sets, gas cooker, washing machines, and refrigerators from Donetsk region management of the Party of Regions. In memorable days they receive food sets and material support.

Members of “Tovarishch” are active in health improvement in Svyatogorsk and Kiev; 9 persons visited hospitals and were examined in medical centre “Kod zdorovya”.

In March the second round of shooting among girls of city’s clubs for children and young people for winning of Cup in honour of Olga Ivanovna Bykova, Mariupol honorary citizen, honorary veteran of partisan movement of Ukraine took place. All participants received sweet presents.

In September last year the first International tournament of hand-to-hand fighting in honour of Hero of the USSR General Vasiliy Margelov took place. Bust of V.F. Margelov was installed. His son Aleksandr Margelov, Hero of Russia, came on opening of the tournament.

All events were covered by mass media. Gratitude was expressed to Ayna Chagir, all operators and correspondents of TV-7 (TV-channel) and “Azovskiy Mashinostroitel” (newspaper) for their great work in patriotic education of youth.

Subscription to “Azovskiy Mashinostroitel” for 2013 was held. Quantity of subscribers increases each year. Azovmash Veteran Council and its chairman Viktor Vladimirovich Filipskiy assist in it.

Vladimir Protsenlo and Aleksandr Vlasov as deputies of City Council carry on certain activity in their electoral districts. They draw special attention to participate of Great Patriotic War, large and low-income families. Veterans approved activity of the organization of peacekeeping soldiers.

Vladimir Andreyevich Protsenko started his period of service in 1964 after graduation from Mariupol comprehensive school No.41. In time of his service in Soviet Army he took part in combat operations in Czechoslovakia in 1968-1969 and was awarded with the Order for Courage of the 3rd degree, as well as other medals.

After graduation from Donetsk University he passed way from worker to manager of shop No. 424, shop of water supply, where he established a reputation of technically educated manager and coordinator. In 2003 under his direction reconstruction of potable water supply system of Azovmash site “A” was finished. It brought significant economic effect. Under direction of V. Protsenko shop collective rank fourth at Azovmash sports contest. In summer 2003 for attention and care for children, their health improvement and recreation he was awarded with certificate of honour of A.V. Savchuk, the President of OJSC Azovmash.

Vladimir Andreyevich Protsenko became one of founders of peacekeeping soldiers’ movement of OJSC Azovmash and Mariupol; he is the first deputy chairman of the Association of Afghan war veterans of Priazov’e. In 2006 he was elected as chairman of Azovmash public organization of peacekeeping soldiers “Tovarishch”. After his election organization activity was expanded, re-registration of its members was carried out, plan of events was made, and organisation activity constantly is covered by mass media.

In February 2006 for a great contribution to patriotic education of rising generation and active participation in city public life V.A. Protsenko was commemorated with Gratitude of Mayor Y.Y. Khotlubey.

In October, 2006 V.A. Protsenko was commemorated with Gratitude of Mayor Y.Y. Khotlubey “for active stand in life, personal contribution to social protection of combatant in Afghanistan and their relatives, and dedicated to 60th anniversary”.

Annually on February 15th and December 25th V.A. Protsenko initiates organisation of meeting and floral offerings at memorial to “Fellow-citizen Peacekeeping Soldiers”. In 2010 he was awarded with badge of honour for merits before OJSC Azovmash collective. V.A. Protsenko also became laureate of city contest to the title “Mariupol citizen of the year 2010” in nomination “For great contribution to patriotic education, and service to native city”. 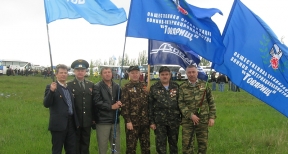 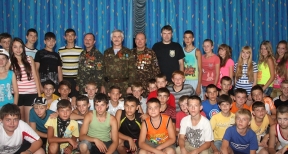 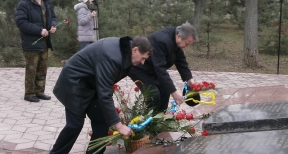 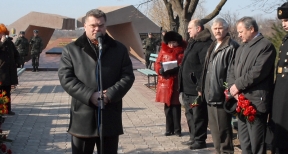 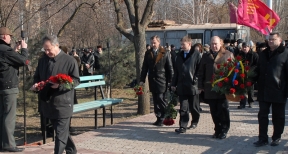 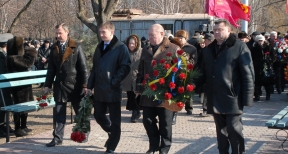 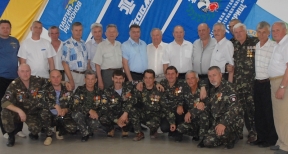 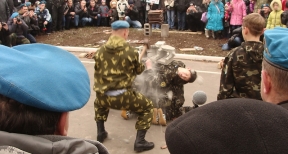 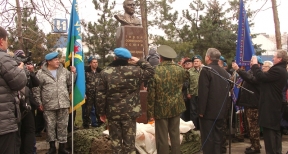 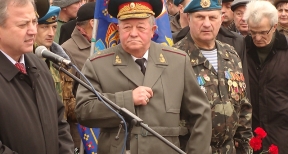 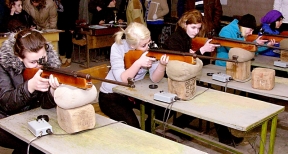 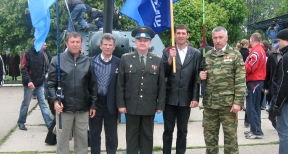