Azovmash Youth Union was founded on December 22nd, 2000 on initiative of A.V. Savchuk, the President of OJSC Azovmash. Since 2003 Azovmash Youth Union is legally registered public youth organization. The main goal of the Union is consolidation and coordination of young employees for development and protection of professional, creative, intellectual and other opportunities and interests of Azovmash youth, its support and spare time organization.

Union activists are organizers and initiators of great amount of events, directed to development of intellectual, creative and professional potential of young workers. Care about involvement of new young élite to work collective was personal position of A.V. Savchuk, the President of PJSC Azovmash.

The organisation which unites young employees of Azovmash is guided in its activity by motto Openness, Activity, Responsibility. This is the main principal of active and full of initiative youth of the enterprise. 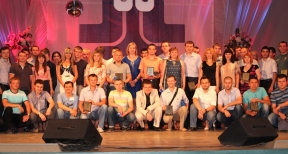 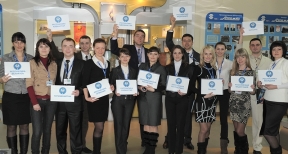 Organisation of young employees’ spare time is considerably important. Cultural direction is a great part of Azovmash Youth Union activity. The organisation holds contests, such as contests dedicated to Saint Valentine’s Day and to World Family Day, photographic competition “”Energy of life”, mind game championships (“What? Where? When?”, “Brain-ring”, “Erudite-quartet”), and traditionally the most favourite contest “Miss Azovmash”. 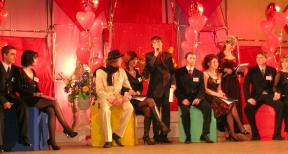 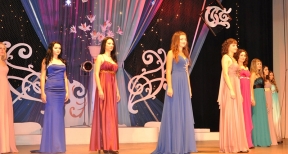 Organisational sector has a great importance in life and activity of the Union. It ensures participation of Azovmash youth in different parades, meetings, community work days, peaceful processions.

One of the most popular at the enterprise is annual top-rated contest “Future of Azovmash”, which is held in advance of Youth Day. The contest determines the most talented and perspective employees of the plant – representatives of different professions.

Azovmash employees become winners and laureates of city-wide (“Future of Mariupol”) and regional (“Young person of the year”) contests.

Within the frameworks of patriotic movement youth traditionally go hiking to former scenes of the fighting.

One of the main directions of youth activity is patronage assistance to orphan home “Solnyshko”.

The organisation carries out a whole number of events to take preventive measures of negative phenomena in society of youth. 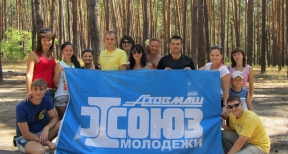 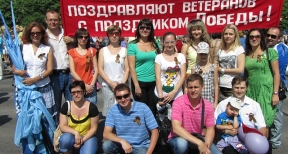 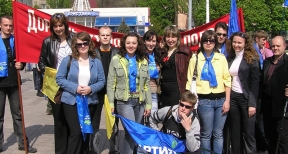 The organization holds traditional sporting and entertaining project “School of Survival”, where youth during two days takes part in different contests connected with use of wildlife for home building, finding of clothes and food, as well as in sporting and intellectual contests.

Our youth traditionally participates in tourist gathering. This year they also held expedition to defence pass Naur, participants of which climbed to obelisk placed by Azovmash workers, as well as camping trip to the Caucasus. 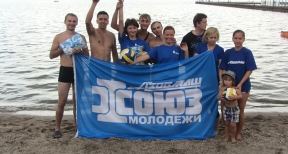 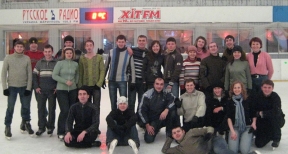