The Council of Veterans of PJSC Azovmash was founded in 1980. At present time the veteran organization of the enterprise unites 11 915 persons, including 1350 combatants, 245 veterans served in the Armed Forces during war times and disabled war veterans. 10 320 labor veterans are registered in the organization.

The duties of Azovmash Council of Veterans include:

The Council of Veterans incorporates the Council of Good Relations. Thanks to its activity veterans, who are in hospital or unable to move without exterior help, have never been left without attention. The Council of Veterans has never forgotten to congratulate persons under its care with the post cards dedicated to holidays and remarkable dates. The assistance is provided for repairing the roofs, fences and providing with solid fuel.

The Council of Veterans held the following main events in 2013:

Viktor Vladimirovich Filipskiy is Chairman of Azovmash Council of Veterans, Honored Mechanical engineer of Ukraine. Viktor Vladimirovich was born on November 16th, 1936. He served in Hungary in 1955-1958 as peacekeeper. He is invalid of the third degree. He was rewarded with Order for Courage. He worked at Azovmash from the day of its establishment. He worked as fitter, foreman, and chief foreman. More than 40 years he was a chairman of the trade union organization of the shop No. 123 of “Azovobschemash”, and of Azovmash Council of Veterans.

Viktor Vladimirovich actively holds patriotic work. Under his guidance the corner of military glory was created, as well as book about Azovmash veterans was written. V.V. Filipskiy holds discussions and meetings with veterans of the enterprise, veterans of Ilyich Iron & Steel Works, and veterans of machine building lyceum. Activity of the Council of Veterans is covered on the pages of newspapers, such as “Mariupolskoye Vremya”, “Azovskiy Mashinostroitel”, as well as in TV-shows and articles regarding veteran organization activity on the TV-7. Viktor Vladimirovich constantly takes part in city events dedicated to the remarkable events in the life of the state and the city. He is a constant guest in the families of combat veterans. V.V.Filipskiy has active living position; he takes part in the work of Mariupol Union of Veterans of War, of the council of labor and war veterans of city and district.

Trips of veterans, their parties, recreation in the health-centers of the enterprise are organized upon the initiative of Viktor Vladimirovich Filipskiy, with supporting of Azovmash management. Azovmash Council of Veterans works in close cooperation with Youth Union in the field of military training and patriotic education of young workers of Azovmash.

The enterprise regularly carries out initiation ceremonies of young workers with participation of the veterans. Charitable assistance is regularly provided to the veterans. They are participants of holydays, grand meetings.

The Veteran Organization under the guidance of V.V.Filipskiy is considered as one of the best in the city. There is much merit in it of its Chairman. 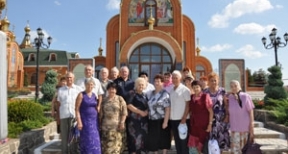 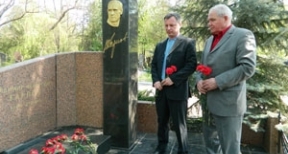 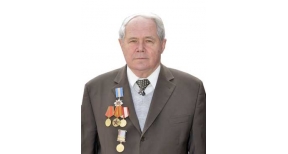 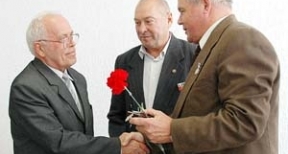