On August 13, 2007 Mariupol City Charity Foundation “Azovmash” has been founded on initiative of Aleksandr Vladimirovich Savchuk, Member of Parliament of Ukraine and President of Open Joint Stock Company Azovmash. Aim of the foundation is charity activity. The foundation assists veterans of war, disabled people, low-income people, children; it finances different programmes important for spiritual, moral and cultural development of citizens.

Financing of all foundation’s events is performed exclusively on Azovmash’s account.

Within the frameworks of its statutory activity the Foundation doles veterans of war and city public organizations. Azovmash Charity Foundation renders complex assistance to Comprehensive secondary boarding school No. 2 and Mariupol preschool orphan home “Solnyshko”. It also organises and finances building of Protection of The Holy Mary Church at the crossing of Varganova Str. and Engelsa Str. in Mariupol central part.

Ivashchenko Konstantin Vladimirovich was elected on the position of chairman of Foundation board, its executive body. Current activity is provided by Foundation directorate, by Nataliya Vyacheslavovna Chudaeva, the director, and Elena Viktorovna Chebotar, the chief accountant.

Special care of foundation is paid to children who for some reason or other lost parent’s love and attention. Since 2007 Charity Foundation in close cooperation with Azovmash public organizations (Women Council, Youth Union, Peacekeeping Soldiers Organization “Comrade”) has had the patronage of boarding school No. 2 and orphan home “Solnyshko”. Azovmash shops and departments are appointed after boarding school classes. Children are frequent guests of skating-rink “Iceberg”, “City-bowling”, park named in honor of Petrovskiy. In 2011-2012 by agreement with boarding school management Azovmash performed general overhaul in dining room of boarding school No. 2 with replacement of all windows, repair of floor covering and heating system. Total cost of these works for two years stipulated 250 thousand UAH. Furniture for bedrooms is purchased annually. Wardrobes for outerwear were produced and placed in classrooms.

For children from orphan home “Solnyshko” Azovmash traditionally organizes excursions to Safari-park in Berdyansk city, circus in Donetsk. In 2013 children visited Dolphinarium in Donetsk. This trip was one of the presents to orphans within the frameworks of celebration of Day of the Child; it brought them a lot of positive emotions and new impressions.

The Foundation purchases food sets to congratulate veterans of war and low-income people of Mariupol with Trinity Sunday, Day for the Elderly, Donbas’s Liberation Day.

Owing to the Foundation in 2011 the City Wedding Palace was repaired. Facade of building was repaired and metal-plastic windows were set up. Azovmash Foundation spent 150 thousand UAH to these purposes.

In 2012 the Foundation presented to the city four comfortable lower-floor trolleybuses, purchased at cost of targeted funds.

Since 2007 60 millions UAH were spent for building of unique Protection of The Holy Mary Church. This building was initiated by Aleksandr Vladimirovich Savchuk.

The Church distinguishes with its magnificent architectural performance and high-capacity – it accommodates several thousand of church people. Illarion, the Metropolitan of Donetsk and Mariupol, estimated building of the Church in Mariupol as the most important stage of renewal of our people spirituality.

Ivashchenko Konstantin Vladimirovich, chairman of Foundation board, carries out general control and direct management of building. From the side of religions community building is headed by the Protoiereus Gavriil (Agabekov).

In December 2007 the first foundation stone was laid. The Protoiereus Nikolay Markovskiy, rural dean of Nikolaevskiy district, sanctified building site, where he held a moleben in honour of Protection of The Holy Mary.

On May 30, 2010 important event for orthodox Mariupol citizens took place. His Eminence Metropolitan Illarion, Yuriy Khotlubey, Mariupol mayor, with Aleksandr Savchuk, the President of PJSC Azovmash, put in church foundation memorable capsule with letter addressed to future generation about circumstances of building of the Church. This day at the first time it was publicly announced that lower church will be sanctified in honour of Ignatiy, Mariupol Prelate, and upper church – in honour of Protection of The Holy Mary.

From summer 2010 building has been progressed very fast: walls were built according to high technologies, in 2011-2012 unsupported dome was erected by means of tiered underpour with use of stationary falsework from glassfibre reinforced concrete.

Building of the Church has not stopped even in period of crisis.

At present builders carry out arrangement of central cupola. For these works Engineer-Constructor Azovintex Limited provides builders with caterpillar crane free of charge. Preparation to roofing has been started.

A great scope of works has been performed to this day. Project documentation was developed, civil and erection works of domes and bell turret were finished according to project. Four the biggest bells were installed in bell turret.

On October 14, 2012 in great fete of Protection of The Holy Mary charity meleben took place in this Church. Entry to the moleben was free; all comers could see scope of performed work. At present one can see the Church almost from any district of the city.

Upper church interior is being developed currently. Project works for territory beautification are being carried out. Contracts with contractors and materials suppliers have been concluded on a competitive basis.

At present the Church is being built practically at Azovmash cost, but entrepreneurs also grant a great assistance. For example, Petr Ivanov, City Council deputy, made a contribution to the Foundation, Aleksandr Taruta, Azovinteks Director General, provided with tower and caterpillar cranes. True Christians, Mariupol citizens, make their contributions too.

Payment assignment: charitable assistance for building of Protection of The Holy Mary Church. 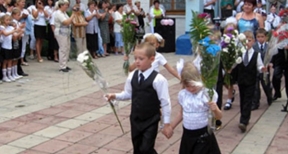 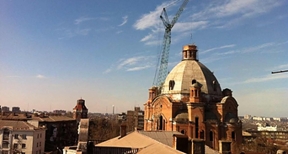 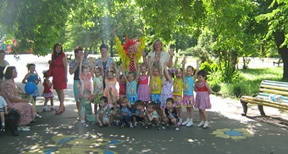 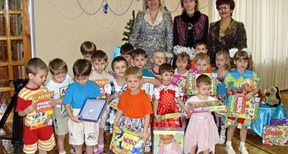 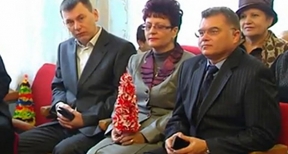